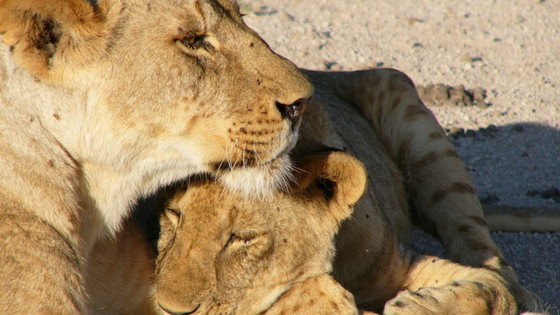 People describe to me what it means to become a mother in many different ways, but I can surely say that when my time arrived I had no idea what would really happen to me.

I wasn’t born with a vocation for motherhood, I dreamed of working for UNO (and I still do) to battle on the side of the weak around the world, to plead the cause of those who had no voice to be heard.

Then life brought on my path a man who made me, and still makes me, feel loved and accepted in all that I am, even in my strongest, darkest and most ambitious states. Andafter several years together, the desire to have a child surfaced in a natural way.

Mine was an intense pregnancy: health problems, body gone crazy, the job project of my dreams coming exactly as I discovered I was pregnant but I was feeling a background joy, a serenity that everything would fit together as it should.

Then she arrived: Agata.

My life turned upside down in a one-way mode.

I’ve never described motherhood as an idyllic moment where everything is beautiful and pain and fatigue are forgotten by joy: bullshit, at least for me.

I was home alone, for the first time in many years I didn’t go to the office, I didn’t have my things to do: face-to-face with her, at least eight hours a day.

Who would have thought that being able to take a shower could be such a complicated goal?

No work project prepared me for this, yet this new presence in my life has become the most profound form of love I’ve ever known.

She is now eleven years old, I saw her learning to eat and to walk, I saw her excited for the first days of school, trying new sports, falling and failing, crying and laughing out loud.

She is able to make the blood rush to my head in 30 seconds and make me the happiest woman in the world.

She is my best life teacher.

Because, although I felt strong and independent, I had to learn to give her space, the freedom to know and experiment. I had to understand that even if making sacrifices for her would have been natural, it was fine to find a balance and teach her to respect my needs as well.

Doing it became even harder after deciding to move to another country: things to do and organise; the daily state of alert to understand if your daughter is well and if you did the right choice; homesickness; and the lack of your support network. It’s a minute that you get distracted, and then get completely lost in her life.

You can lose yourself in the love of motherhood.

But is it really meant to be like this?

I don’t think so, in fact this is the biggest challenge for me.

I don’t want to pour my missed expectations on my daughter asking her to be what I haven’t been able to become, I don’t want to preach what I can’t give with my example, yet I risked it.

Some years ago I was trying to figure out how to go back to work here in Switzerland, without a good knowledge of German: everything felt difficult, everything was too much. I was reading a book about the mother-child relationship suggested to me by a dear friend and I found a sentence whose concept was more or less this “your son won’t learn anything from what you say but will learn a lot from what you do, from the practical example you will give”.

I raised her telling she could do or have what she wanted if she had enough strength and determination to work and fail for it. As a girl and future woman she shouldn’t get influenced by labels and clichés about expectations on her.

After that sentence I looked in the mirror: I was at home, I didn’t work, I didn’t volunteer, I had no particular passions but despite all this I didn’t have a free minute in my day between my daughter and my home. What remained unchanged was my innate joy for life and the desire to be again something else besides a mother, without knowing where to start in order to be able to do it.

I could tell myself what I wanted, but I was teaching her with facts something far from what I was preaching with words. It was also for her that I kicked my ass.

A few months later I enrolled in the Masters course which marked the first step towards my new me. Doing it was terrifying but since then, every day, I seem to rediscover a new part of who I am and who I’m becoming.

If you deeply love your children but you have lost yourself along the way and you have no idea where to start  from in order to get back to yourself; if you get through your day exhausted and you don’t remember the last time you did something just for yourself; if you feel like you’ve put your life on hold and have a deep desire to have a purpose, a goal;I want to tell you with an open heart that I know how you feel and that you can get out of the situation you are living.

Having a purpose, especially if you don’t know where you will live next year, is not just about having a job, it is something deeper, that for each of us can mean something different.

It’s about having a space for ourselves, a project in which we believe, something that makes us feel that we’re having an impact, in addition to the enormous one we’re already having supporting our children in their journey.

When I was feeling lost one question was obsessing me: “Where do I start from?”

It was hard for me to find and answer and I’ve felt alone, that’s why today I want to support women who are facing this difficult  moment.

Because often we don’t need a big project to move in a new direction, but only one small change at a time.

If you want to move your first step, contact me:

From Tampa to London, passing through Chicago

The power of expectations