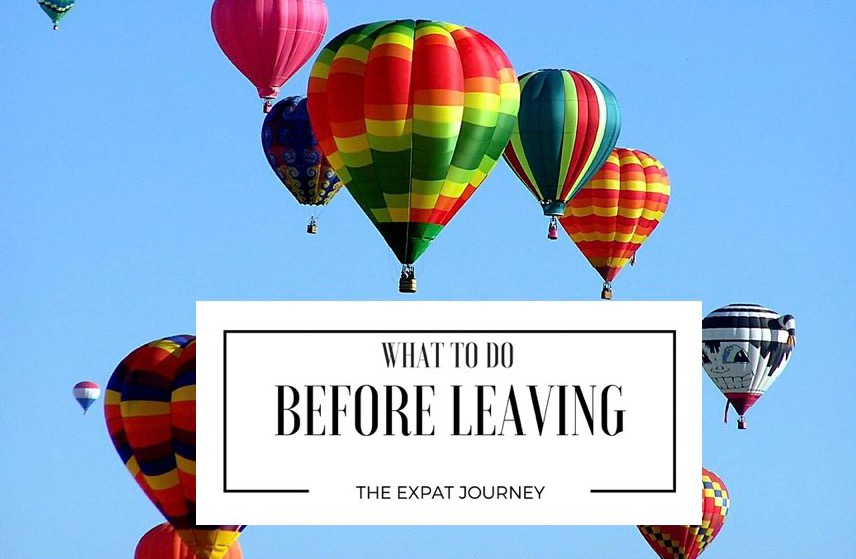 I still remember as it happened yesterday when my husband came back home telling me that he was contacted for a new job in Zürich.

I’ve always hoped to experience living abroad, it was part of my idealistic future life, even if we were never been able to understand how to realize it and, with the arrival of a daughter, it seemed much more complicated to us.

But, as always, between imagine, plan and make there’s a huge difference.

It took two months to take a decision: two months of job interviews for him, negotiations, information gathering, doubts, fears for leaving a city where we were living for 40 years, responsibility of moving with a 6 years old daughter, worries towards our family and excitement for the new experience.

Still today, four years later and after having met various women who don’t live in their home countries, I find very hard to describe in a complete way what passes through people’s mind when they decide to move at a certain point of their lives.

Mine was an experience wanted and sought but motivations behind this choice can be so different: family-related reasons, a new job position offered to you or to your partner, a new opportunity to experience something new you were looking for since long time, going to live in your dream place or economic needs that knock on your door.

If you move with a partner and perhaps children, things can get more complicated then because on one side it’s true you are not alone but it’s also true that you’ll have to come to terms with needs and emotions of all members of your household.

According to how these different pieces dovetail many types of paths arise, each one with its own features that usually are associated with one thing: one of the two spouses stop working to take care of the family during the first period of change.

I don’t know if it’s because I filled this character’s shoes, but it’s dear to me. So I thought to write down, what helped me during the period before the departure, hoping that this could be useful to who is going to face a change, be it about a city, region, country or continent.

During months before the departure, there are a hundred things to decide and organize, moving in a foreign territory and keeping to handle the everyday life, that for sure doesn’t pause to do us a favour.

And it’s exactly when you run to get everything done that you have to remind this DON’T FORGET YOURSELF!

Your partner works, he’s stressed and most likely he will move few months before, basing on their age children feels ups and downs with the idea of saying goodbye to relatives and friends, and obviously you want that everything is as fine and painless as possible for everyone.

I dont’ know if this is a permanent imprinting that we have as women, but it seems we got printed that put our needs on the front line is absolutely selfish and misplaced.

I feel lucky, I have a husband who always supports me, a daughter who sometimes seems more strong and balanced than me and a personality enough lively that doesn’t let me completely ignore what I need, but despite of this I was falling into the trap myself.

Because in front of activities that have to be organized, the responsibility of a child, documents to be filled in a language you don’t understand, friends and relatives to say goodbye to, giving importance to the small things that can make you feel good make you feel like one who decides to get her nails done in a first-aid spot.

I think it was so that, at a certain point while I was looking for home, I started to rave also about that maybe it could have been interesting, in order to fully live the Swiss experience, find a nice small farm, with some animals.

Nothing wrong with this choice, but people who know me well know that in a place like that, without working, without knowing anyone I would turn into Jack Nicholson in Shining! Yet I almost got to convince myself that I’d liked it.

Luckily my stomach (great guide I don‘t always pay attention to) gave me a clear message: wake up and take care of yourself!

This is what I’ve done and, four years later, I’m still grateful to the choice I’ve made.

If you are going to move and you are in the middle of the organization, remember to ask yourself this question:

WHAT DO I NEED TO BE FINE?

Am I that kind of person who needs peace and a relaxed place?
Do I like to live in the city where I can come down and get what I need?
Do I need to get a gym membership or enroll on a yoga class because when I move my head keeps balanced too?
Does playing piano make me feel good and can I find a dedicated class?
What helps me during difficult times?

If you can’t immediately find an answer, try to start from another point:

HOW DO I WANT TO FEEL?

How do I want to feel in my new life?
As you’ve defined this, try to identify two or three things that would let you feel like this once reached your destination.

You don’t need impressive things and we all agree that being able to move in a beautiful ocean- front villa could make everyone happy, but the truth is that also with small tricks we can turn a place we see for the first time into home.

If you’ll stay or you stayed at home taking care of your loved ones, don’t underrate your value.

You are the center of balance for your home: if you are happy to move, you’re balanced because you organised some spaces where you can take care of yourself and meet new people, all the rest will fit at best.

If you are looking for support in your transition, you can:

TAKE THE FIRST STEP: Prince Charming is not going to rescue you!

WHO DECIDES WHAT YOU CAN ACHIEVE IN YOUR CAREER?